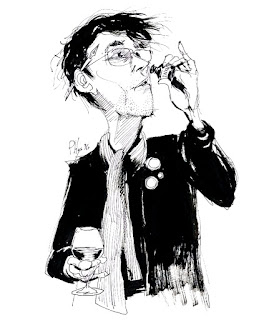 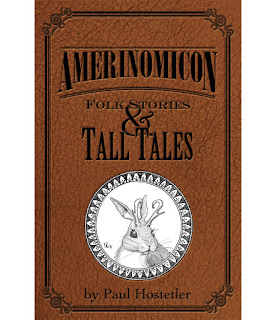 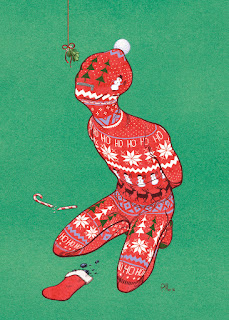 This Blog is Now Defunct

I have a new blog, that is novel enough that I will be posting on it more often than this blog.

It's on my website, so it should be easy to find.

Bus of Dinosaurs What I Made


This Wednesday, I got to see my art being put on a bus.  I won a contest with a picture of dinosaurs, and they made some big stickers of my art and stuck them on a city bus, for the next year. 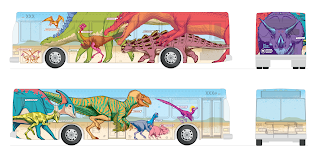 The bus with the dinosaurs on it is already on the road, with the dinosaurs being proportionally life-size, but will be officially unveiled at the Tom Tom Founders Festival, later in April.  I will be doing some public art on the 15th to promote it, as part of the McGuffey Art Center, where I'm a temporary member, and the Whurk Art Attack, because they sometimes pay me to illustrate poems.

Here's the original dinosaur ink line art that I vectorized for the bus.  I used a scale of one inch equaling one foot of real dinosaur, according to the fossil record.  The spinosaurus, being roughly 48 feet long, could not fit on my largest sheet of paper. 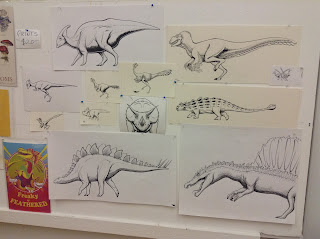 This is the guy from the sticker-putter-onner company, using highly specialized equipment (a box cutter and a flat piece of plastic) to put dinosaur stickers on the bus. 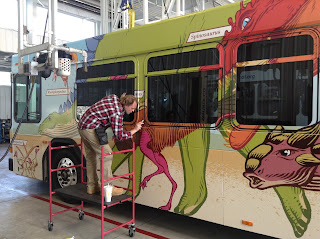 I specifically laid out the dinosaurs so that the important parts, like the eyes and the names, wouldn't get cut off by panel creases or window sills. 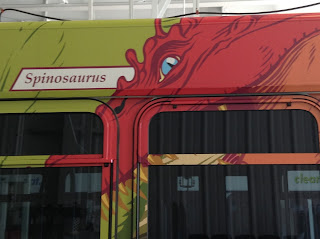 The company uses perforated stickers to go over the passenger windows.  It looks like a solid image from the outside, but is still translucent from the inside. 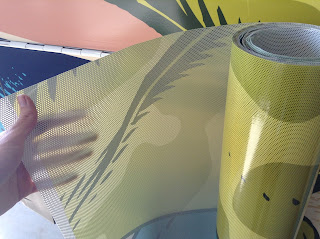 The final siding looks like this.  People on the inside can see out, but people on the outside can only see dinosaurs.  The other side of the bus took longer to apply stickers to, since it had more doors to work around. 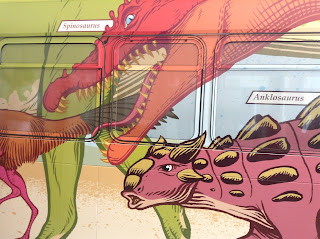 And here's me, being devoured by my own creation, as often happens to wayward artists. 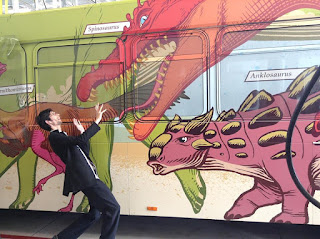 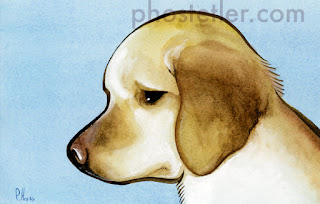 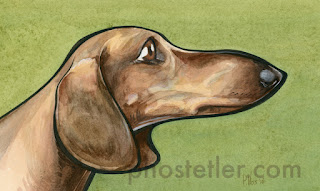 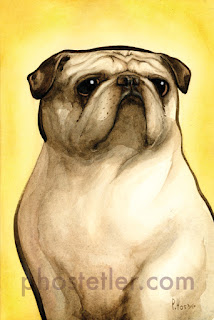 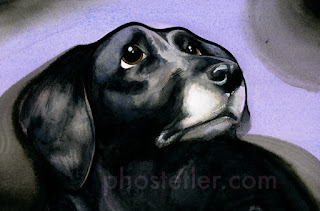 One way I take breaks from illustration and panicking about how to get more illustration jobs is painting dogs.  All of these are painted from original photographs weren't very good until I painted them.

The blue one is my old pup, Corky.
The green one is a weiner dog I saw on the street.
The yellow one is Pipsi, my cousin's pug.
The purple one is Maggie, a dog that often comes to the Friday night wine tastings I attend.

The March issue of Experience Life featured an article about mushrooms, which I got to illustrate!

Since mushrooms are a topic near and dear to both my stomach, and my brain (not my heart, hopefully) I made a special animated gif for their website version, which you should be able to find on their website as soon as March rolls around.

I've taken a shine to these animations, and will probably do more in the future.
Posted by P. Hos at 8:53 AM No comments:

This is the blog post where I publicly acknowledge that I am quite terrible at blogging, and that I missed a bunch of art and publications that I did.

First up, my work on the Honestly, Dara column for Experience Life, by way of fantastic AD Lydia Anderson, which I've not posted the last 5 times I've been published there.

The Cure is in the Kitchen, September. 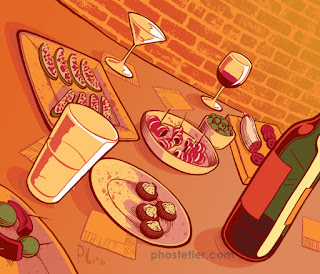 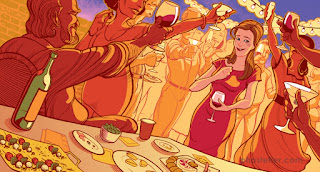 I also am the proud creator of an emoji.  If you buy the Game of Thrones emoji pack from ...somewhere, you can be the proud user of the George R. R. Martin emoji, to pep up any sort of text or online conversation where such a thing would be applicable.  While I myself never use emojis, preferring to write out me emotional states longhand, this is available via the proud folks at Random House, AD David Stevenson. 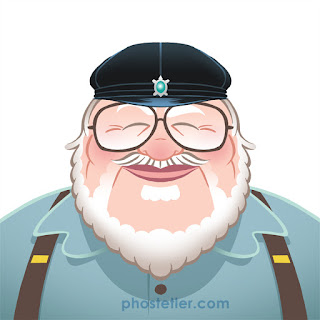 And I can't forget the funnest job I've had all year, illustrating the poetry section of WHURK! magazine.  Since the magazine is free to read online, I can include the entire print page on my blog!  Ha ha, the future is great! 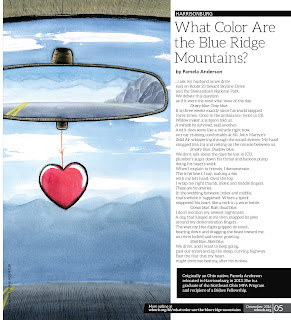 I even did the cover for the November issue, highlighting the Khan family a la American Gothic. 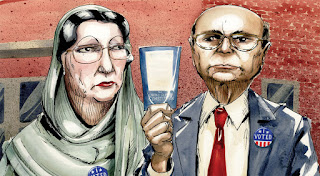 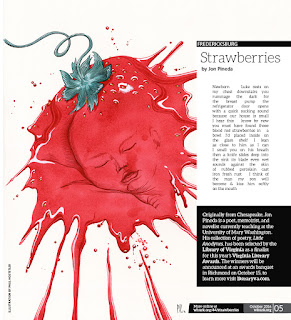 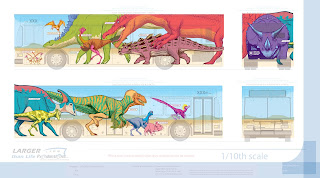 More specifically, my art was chosen by the fine folks at the Tom Tom Festival, and by my slavish social media followers, to adorn the side of the #2 bus, which goes to Wegman's.

Possibly my entry was the only one driven by spite, as I have been wanting to draw me some feathered dinosaurs ever since Jurassic World made a debacle of anatomy and science on the big screen and no one else cared quite as much as I did.

So now you can see that Velociraptor was a fluffy, knee-high predator, Stegosaurus held its tail far above your puny head, and Spinosaurus had stumpy little legs like a toddler crocodile.  Also, Protoceratops looked like a pig, and was probably delicious.

Here's the press release, written up by my studio-mate Madeleine Rhondeau.