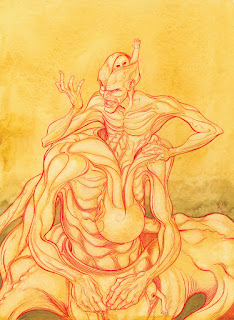 I am trying out a new schedule of trying to create one new personal piece every week, at least.  This is a half success. It started out as a drawing of how it feels as an artist to try to reach your true inner self, and never being quite sure if you've found it.  But I got sloppy near the end because I was using red pencil that doesn't erase, and the bottom figure is about as anatomically correct as a melting Ken doll.

Still, I think I might frame it, and I think the idea is good enough that I might do another version, in a different color, and use more reference next time.
Posted by P. Hos at 6:25 PM No comments: 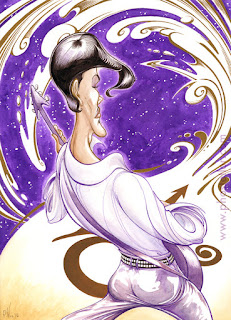 So I made a painting. 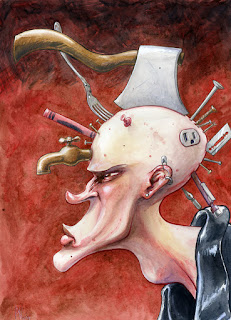 When things go frustratingly in the illustration business, when I am, say, almost deliberately snubbed from an opportunity to table at a big upcoming convention with a lot of industry professionals attending in favor of local non-attendees who were late with their applications, this is the sort of art I make.

I'm getting more into painting, since computer colored work only sells moderately well, and I hate sitting in front of the computer anyway.
Posted by P. Hos at 4:12 PM No comments:

Lindy and Chuckles Crash the Granfalloon 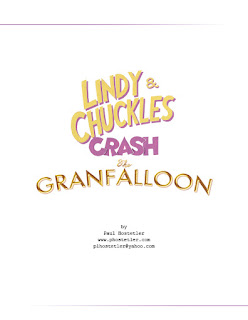 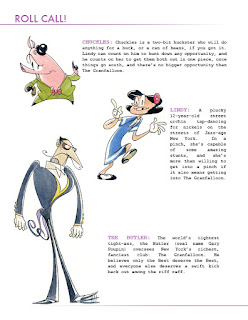 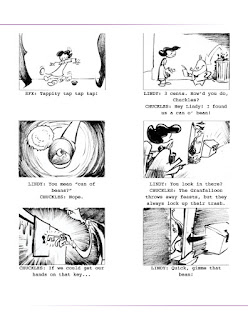 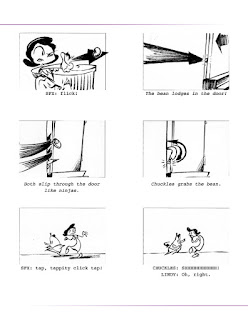 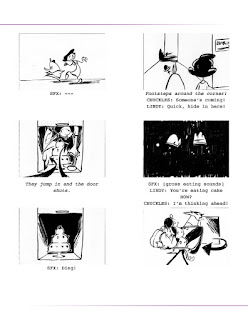 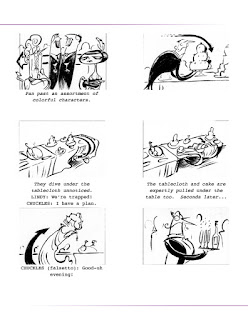 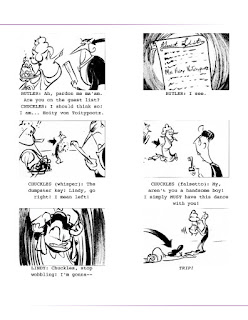 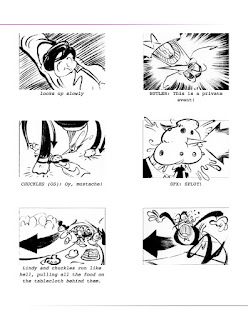 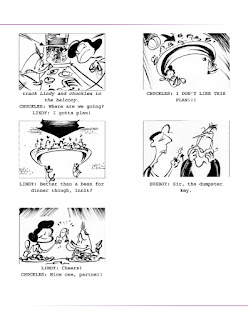 Here's the pitch I put together for a 3-minute short for Nickelodeon. These aren't full storyboards, just enough to give the hiring team an idea of the story, dialogue, and jokes.

The idea is based off of the old Charlie Chaplin and Buster Keaton flicks, almost all of them featuring the main character as some sort of starving bum who falls into a mess of trouble and narrowly escapes it in the most dangerous and hilarious way possible.  We care because it’s obvious from the outset that the main antagonist isn’t really the Butler or the Cop or the Uptight Lady, it’s the entire world.  If they can get by, well then I can too.

Incidentally, a “Granfalloon” is a word made up by Kurt Vonnegut Jr. to describe a group of people who are connected through their collective pride of something meaningless.