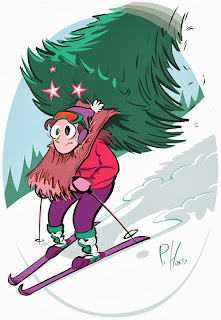 New piece in the latest issue of Bethesda magazine!

I did quite a few sketches for this one, and I was kind of surprised that they went ahead picked the wackiest one.  It was pretty fun to do, though.

It's A Watchmen Christmas Special! 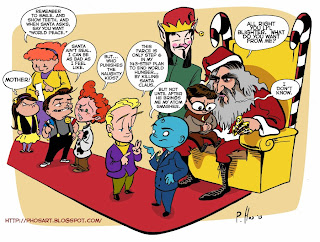 This was originally grim and gritty, with Dreiberg whining about the true meaning of Christmas in the midst of a Black Friday riot, and the Comedian snarling, "You're looking at it," but riots are hard to draw, so instead we get the Li'l Watchmen cast going over their Christmas lists before meeting with Santa Moore.

Also, don't worry about Santa's helper there.  He knows what he's doing.  He's played an elf before. 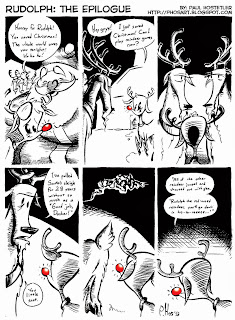 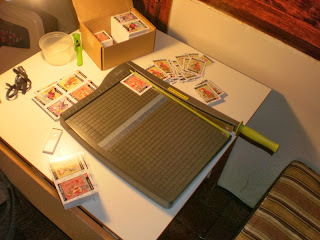 Working hard.  Not sure what the paring knife is for.
Posted by P. Hos at 7:53 PM No comments: