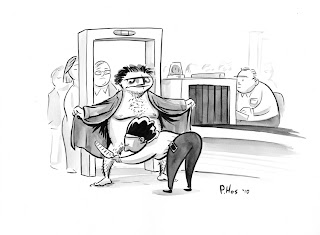 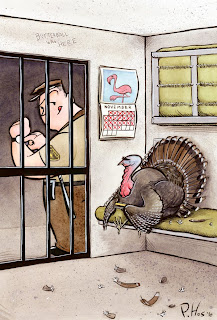 Well, the new fall postcards have just arrived. Unlike some of my other postcards, which were based in fantasy lands and had no connection to anything anyone would really do or say in the real world, this one is based on true events that occurred in Sheepshank prison in 1952. 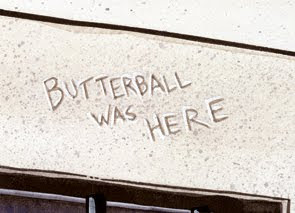 Butterball was a model prisoner, and oversaw the prison library during his stay. He befriended a young human child, whom he named Cluck-wal-warl, and raised from an infant. After being pardoned by the President, Butterball drifted aimlessly before finally committing suicide by jumping in front of a gravy train. 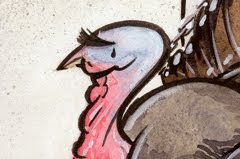 The turkey pictured here was incarcerated for double homicide. As seen by his tattoo, he also killed a man while in prison. He is due to be executed on the last Thursday in November. 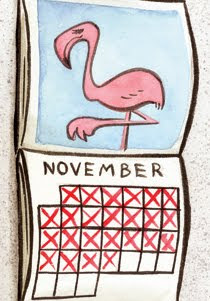 Hanging on the wall is the November "Winged Babes" calendar. The model this month is the Pink Flamingo. The calendar also hides a hole the turkey has been carving out with his beak after hours. Tomorrow he plans to penetrate the final layer of plaster and jump to freedom by landing on the guard's head and posing as an extravagant hat. 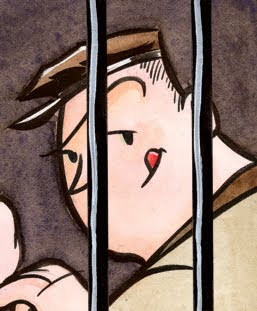 This guard is also actually the cousin of the other red-faced portly guy on my Spring postcard, who takes his lawncare very seriously. 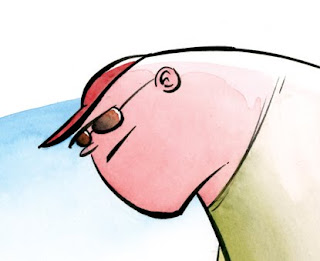 See the family resemblance?
Posted by P. Hos at 8:22 AM No comments: