The Line: It Is Fab 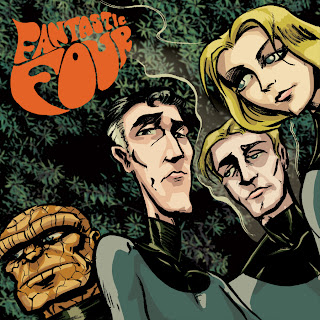 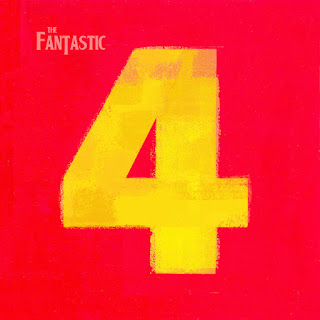 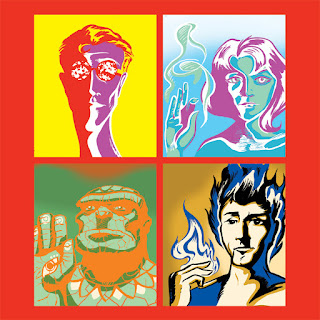 The Fantastic Four as the Fab Four.  Found originally on The Line It Is Drawn.


Sorry I only got to four of them, Jennjenn 76.

Email ThisBlogThis!Share to TwitterShare to FacebookShare to Pinterest
Labels: comics, fantastic four, illustration, the beatles, the line it is drawn 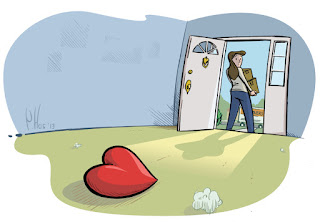 My most recent piece for Bethesda magazine.  I think it speaks for itself.  The art director described the mood of the piece as being "not so funny."
Posted by P. Hos at 5:13 PM No comments: 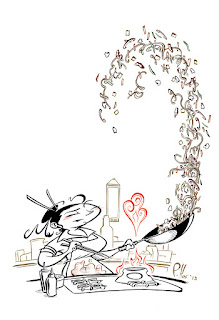 The second stage in my digital process is coloring the linework.  One of my favorite parts of the original watercolor was how bright and skittles-hued the stir-fly wave was.  That needed to be duplicated here.  Not everything is getting colored lines, though.  It helps establish range of tone if there's some nice pure black and pure white to draw the eye in. 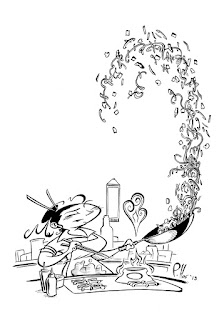 I'm redoing a few of my portfolio pieces, and for archival purposes, I'll be documenting the process here.

You may remember this as "April" in my Christmas calendar.  It still is, but this time I'm using a Windsor Newton Series 7 Kolinksy Sable size #4 brush, and it almost works like a dream.  I imagine I'll wear it in pretty fast.  I am impressed.

The Line: It Is Nega 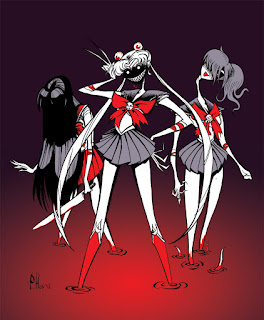 For the Line It Is Drawn, an evil version of Sailor Moon, which I call "Slayer Moon," because I am clever.  Also included, Sailors Mars and Jupiter.  I remember watching this on Saturday morning when I was but a wee boy, waiting for the American cartoons to come on, and being completely mystified as to how these girls were fighting crime or evil or anything in those outfits.  But I appreciated the outfits anyway.

In honor of Cyclops and Uncanny X-Men #1, the theme is superheroes gone bad! Pick a superhero that you’d like to see our artists depict as a villain. What would Superman look like if he was a bad guy? Or Captain America? You get the picture. If they feel like it, our artists might even draw a villain as a good guy fighting the villainous hero (if they feel like it, of course).

Email ThisBlogThis!Share to TwitterShare to FacebookShare to Pinterest
Labels: comic, illustration, sailor moon, the line it is drawn 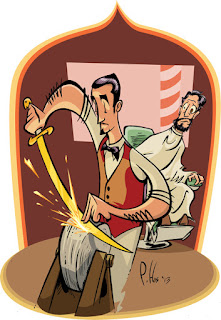 This piece appears in the March/April issue of Arlington Magazine (available at fine retailers all across Arlington, VA), accompanying a piece about the strangely masculine, yet emasculating two-hour, meditative, nose-hair-burning process of getting a traditional $5 Turkish men's shave and a haircut.

The Line: It Is Mushy

A couple of Valentine's Day-related comic riffs, courtesy of The Line: It Is Drawn. 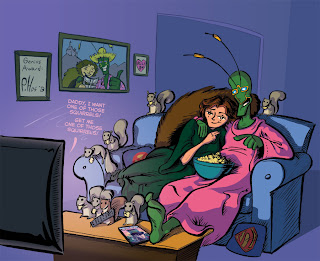 One of them is infamous for being based off of the artist's girlfriend, taking down Doctor Doom with squirrel-like reflexes and a small army of squirrels in the pages of Iron Man, and then proceeding to go on as the greatest fighter in the Marvel Universe who becomes a babysitter.  The other is a teleporting, fourth-wall-breaking skinny guy glued into a badly fitting green suit, famous for annoying the hell out of major superheroes and failing to save Batman: The Brave and the Bold.

Of course they'd be perfect for each other.  The red squirrel is Tippy-toe, Squirrel Girl's sidekick. 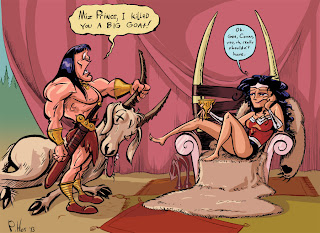 One of them is a continent-conquering Cimmerian, notorious for his ruthlessness and savage prowess with women.  The other is Princess of the Amazons, world-class diplomat, feminist, and notoriously distrustful of the "Man's World."  It would never work out.
Posted by P. Hos at 7:31 AM 1 comment:

Let's do a little market research.

Of my art, which style do you prefer?

Click the link above to answer.
Posted by P. Hos at 8:30 PM No comments: 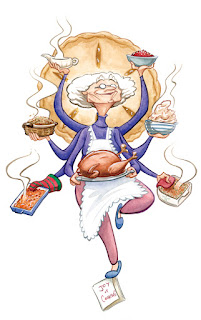 Well, there's one holiday in November, and it happens to be the one that most prominently involves cooking massive quantities of incredibly buttery, filling food, and then covering the entire mess with gravy and polishing it off with pie.

The original sketch for November had the matron conducting the kitchen like an orchestra.  Thanksgiving is the one time of the year those who have never worked in a kitchen remember why they're thankful someone else usually does that. 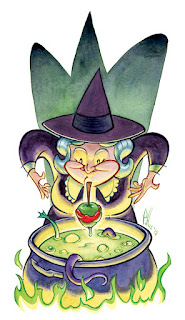 This was probably the hardest piece to color, given the complex shadows, the darkness, and the fact I was working in watercolor on hot press paper.  It turned out to be worth the effort, though.
Posted by P. Hos at 7:59 PM No comments: 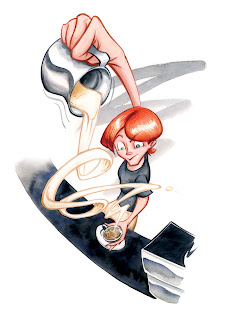 In which I must admit the design in the cup was a digital photograph.  I forgot to make it!  Based off of the coffee shop in which I actually painted most of these calendar pieces. 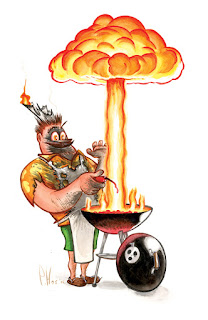 I have a very specific memory of this happening once in a cartoon. 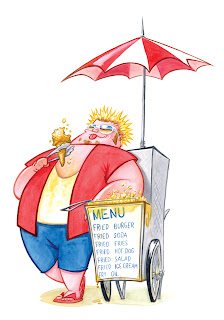 This little fellow is based off of Guy Fieri, the Food Network guy who opens up terrible restaurants with ingredients like "donkey sauce".  He has a show called "Diners, Drive-Ins, and Dives" and I don't think I've ever once seen him consume a vegetable on said show.  The only thing that could make him more of a chunky, uncultured "Amurican" caricature than he already is would be if he fired a shotgun in the air every time he ate a meat sandwich (three times per show).  So of course I had to use him and his sea urchin haircut to celebrate the Fourth of July.
Posted by P. Hos at 9:33 AM 1 comment: