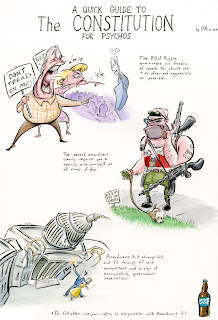 Really, when someone calls out a gay Jew and America's first mixed race President for being Nazis, you have to imagine they're playing by a completely different set of rules.
Posted by P. Hos at 5:36 PM No comments: 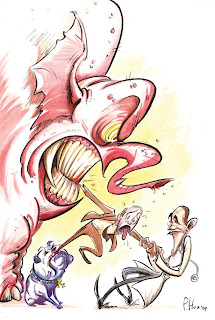 This battle has been getting more poisonous over time. The Republicans keep spewing lies out of whatever orifice would make the most noise, and Obama patiently attempts to debunk them out of his mouth. In the meantime, the bill itself continues to get watered down in a vain attempt to get bipartisan support that plainly is not coming. Conservatives seem to have thrown out that page of their narrow dictionary.

For what it's worth (nothing), I say we make the entire system single-payer. It's simple, it's cheaper, and it means that I, a freelancer, get the health care that I probably need. At the very least, we could cut the Insurance companies down to non=profit organizations. No other country allows insurers to draw a profit from sick people.

Let it be said I never demonized anyone who didn't do anything wrong.
Posted by P. Hos at 1:10 PM No comments:

How to Play the Stock Market Like a Pro 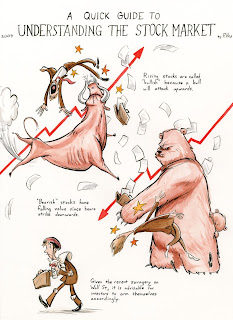 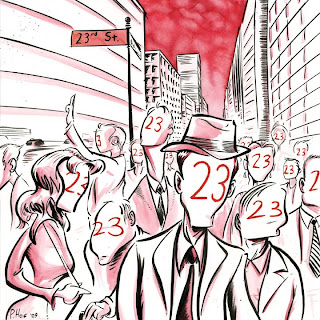 You know that 2012 is right around the corner, so let's party like it's 1999! I have decided to ride the fetish of numerology and doomsaying with this piece, from the archives, on the mysterious and ubiquitous number 23, which, incidentally, is the number of letters in Barack Obama's full name. (fooled you!)
Posted by P. Hos at 9:09 PM No comments:

Email ThisBlogThis!Share to TwitterShare to FacebookShare to Pinterest
Labels: 2012, 23, barack obama, end of the world

Clash of the Egos 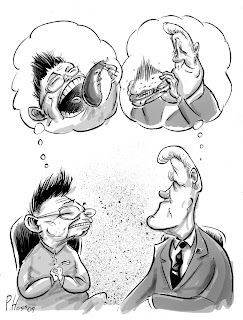 Bill Clinton goes to North Korea and talks with Kim Jong Il. Something tells me each of them imagines they're going to eat the other one for lunch.
Posted by P. Hos at 12:06 PM No comments: