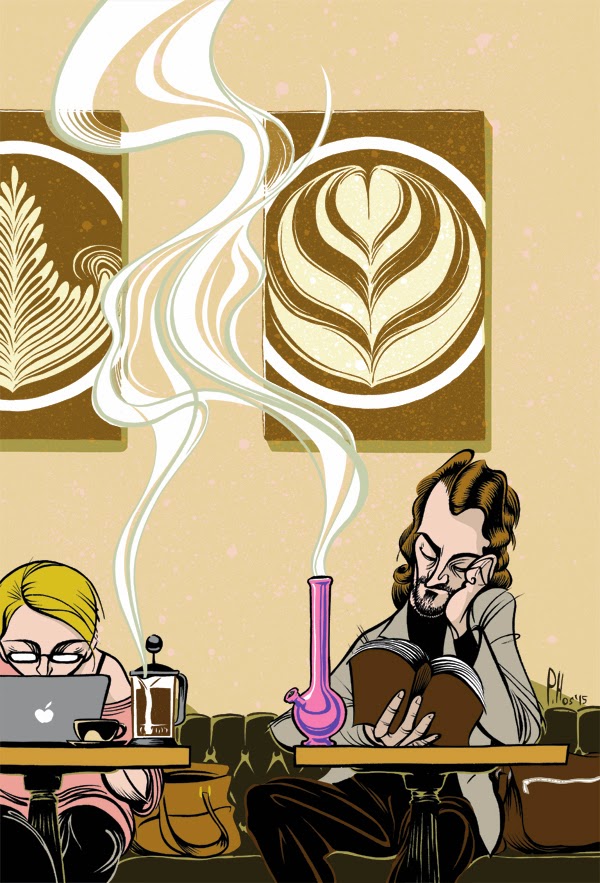 Maybe I'll do a little more tweaking, but for all intents and purposes, this sucker is finished! 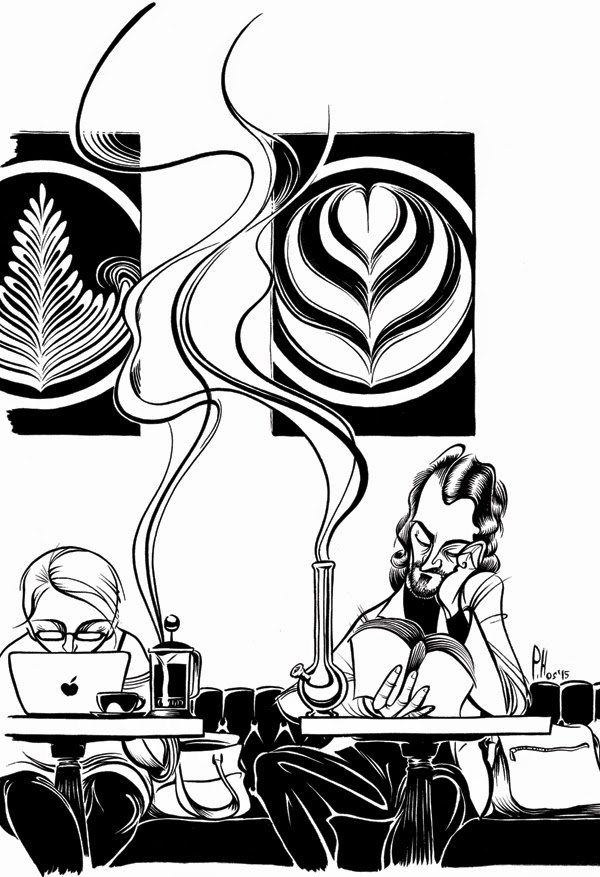 An unfinished piece.  In the future, you'll be able to order a fair trade dark roast French Press from Bolivia and a toke of Mellow Yellow indica kush water bong from Oregon in the same store.

At least, the way American laws are headed.
Posted by P. Hos at 7:46 PM No comments: 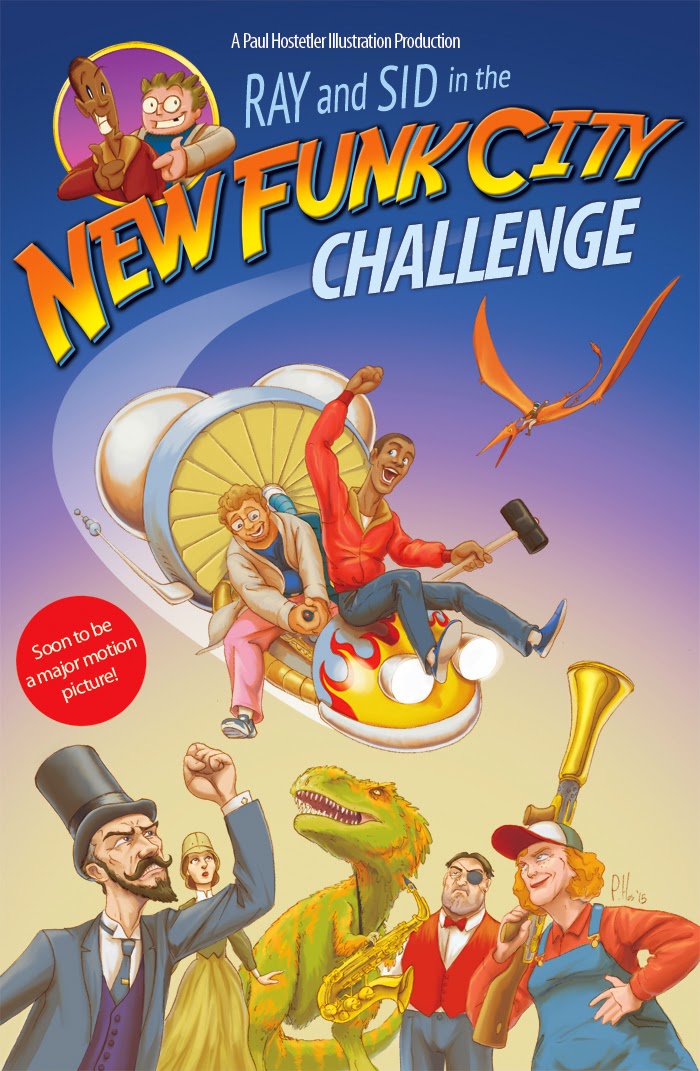 It's been a month since I posted, but that's because I've been working on THIS.  It started as a personal 24-hour comic, turns into a 48-hour comic, and ended up being a 2-week comic.  The book is done, the art is finished, I'm sending it to the printer tomorrow, and then...

The cover is based off the art of Drew Struzan 80s movie posters I know, that then became movie novelization covers.