Some time ago, i submitted artwork to a popular Comic Book Resources feature, A Line is Drawn.  Suffice, I didn't get chosen to do the weekly fan art assignment, because no one who reads this blog went and voted for me.  And also a whole bunch of better people entered too.

But apparently, some of you did.  And apparently, some of you are also Israeli Mossad agents with intense loyalty to me, who bumped off one of the current Line is Drawn artists, Jason Gonzalez.  Pity.  He was really good, and hopefully, the agent took pity on him at the last moment and set him up with a new identity and life somewhere in Serbia under the name Shmjason Shmonzalez.

Take a look at the feature.  I will of course, be posting everything I there, here.
Posted by P. Hos at 1:37 PM 1 comment:

I blew the cover of the New Yorker 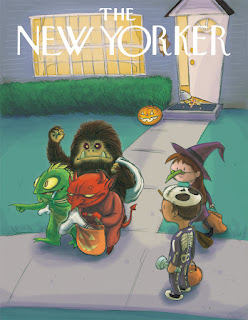 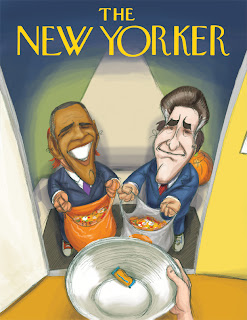 ...or did I?  This little pun is courtesy of Blown Covers, a blog produced by Francoise Mouly, art director of the New Yorker, and her daughter, Nadja Spiegelman.

The idea is an open contest to submit cover sketches for the New Yorker, based on a timely subject, chosen by Mouly.  I had known about this for a while, but this is the first time I've submitted anything.  To make up, I submitted two covers for the topic "Halloween."  Winners don't actually get on the cover of the New Yorker, but you get bragging rights of saying "the art director of said magazine thinks my art was pretty damn good."  So far, one artist has even gone on to have their art featured on the cover of the New Yorker.

So send me luck, and if you happen to know a Francoise Mouly in New York, mention me, won't you? 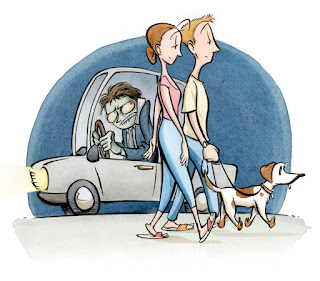 Apparently, taking a slowdown walk before you go to bed helps you feel more rested from the same amount of sleep.

Apparently, driving a tiny gray car home from work at 9 PM while listening to your boss yell at you on your cellphone and jealously staring at well-rested attractive couples strolling with their adorable puppydog on the sidewalk until your skin turns green shockingly is not conducive to a restful night.

From Experience Life magazine.
Posted by P. Hos at 1:21 PM No comments:

Working for the weekend 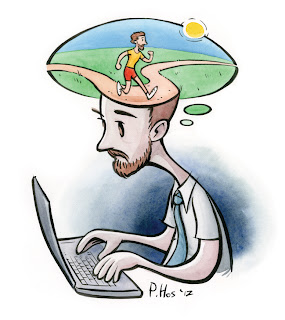 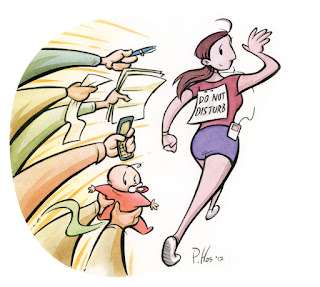 Two pieces, since I forgot to post yesterday.  But really, they're about the same thing.  Obligations, and the ability (or inability) to arrange them to have free time to exercise or go running.

First guy, incapable of doing that.  Second girl, able to do that.  Since clearly, all the people foisting obligations on her have arms and are able to take care of it by themselves.

Money for the golden boy 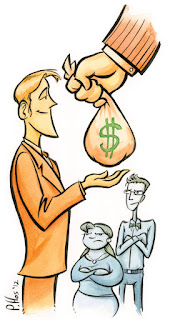 From Experience Life magazine.
Posted by P. Hos at 6:55 PM No comments:

But I have to work! 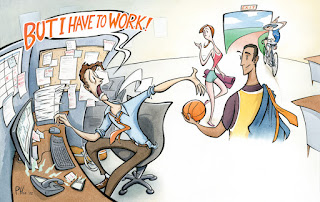 In a blatant attempt to boost my pageviews, I will be publishing all of my all-star international illustrations for the current issue of Experience Life (on stands now) at a rate of one per day, unless I forget or something.

Five illustrations, of the finest watercolor this side of the universe, for the next five days.  Everybody shout hooray!

Today I'm trying something different.
On Saturday, I met Francoise Mouly, and gave her my card.  On Sunday, I decided the only way she would remember me was if I sent her a follow-up card THIS WEEK.
At 5:00 PM today, I start making sketches for a postcard. 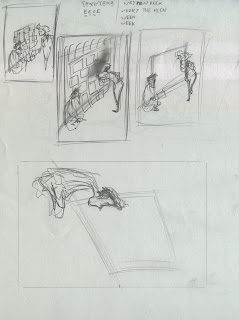 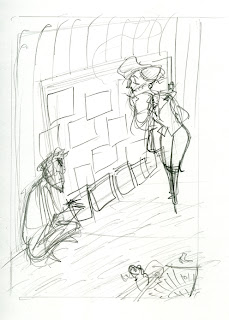 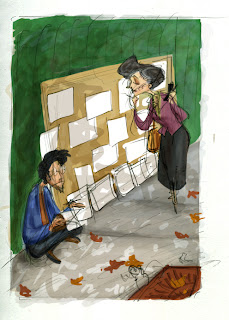 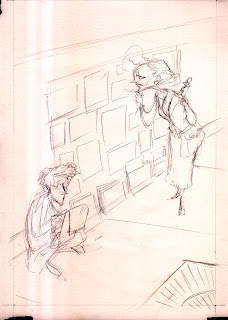 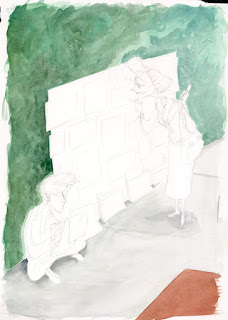 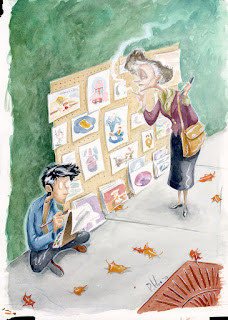 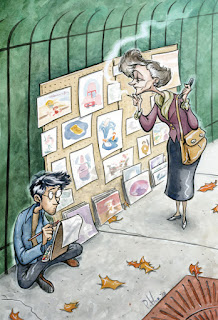 I'm going to document the process in real time on this blog.  Expect updates.
Posted by P. Hos at 3:49 PM No comments:

Sometimes I like to remind myself that I can actually draw.

All of these have a lot of flaws, but given that I was in a coffee shop with no anatomical reference, and what reference I did have kept moving around, I think I did all right. 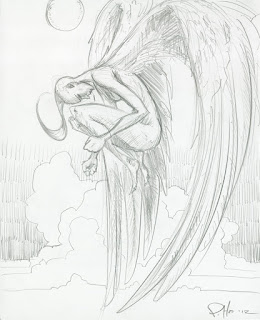 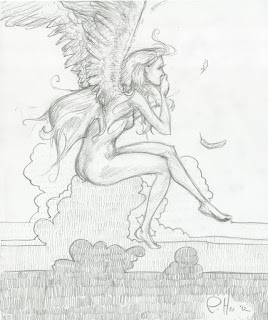 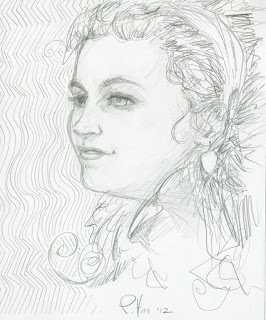