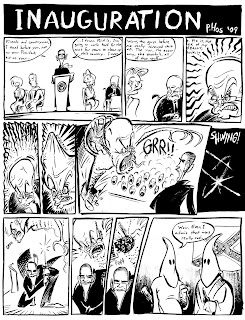 I can't believe they let Dick Cheney come to the Inauguration. What if he sheds his human skin and reveals his true form? That would be the coolest thing ever.
Posted by P. Hos at 7:13 AM 1 comment: 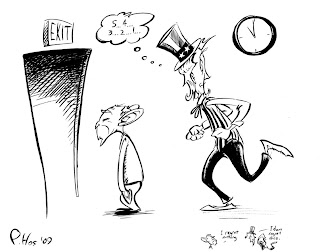 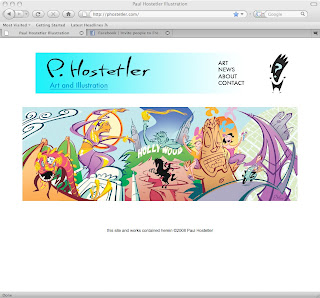 I updated my website. I think this looks sleeker and cooler, like James Bond wrapped in Teflon riding a snowmobile down the side of the Sears Tower, no hyperbole.

Look close, and you can see I was also on facebook, inviting people to free hug day. Because I care.
Posted by P. Hos at 9:17 PM No comments: 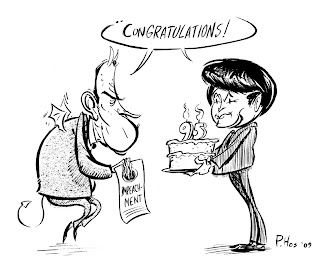 How's this for a fun coincidence: Rod Bagojevich gets impeached by the Illinois Senate for massive corruption on...Corrupter in Chief Richard Nixon's 95th Birthday!

AND, as a young man, Blago' was a Nixon groupie, who parked on the old man's lawn one day and refused to leave until he got an autograph. Ballsy.

But honestly, to me, there's no comparison between the two. If you see Frost Vs. Nixon, it becomes clear that Nixon sort of regrets his behavior, while Blago' seems to be an out and out sociopath about the whole matter.
Posted by P. Hos at 7:47 PM No comments: 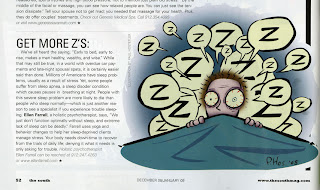 Two clippings from the current South Magazine (the Health and Wellness issue with the babe on the front). $3.95: Cheap!
Posted by P. Hos at 10:40 AM No comments: