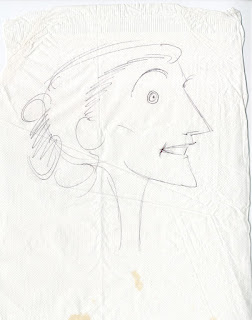 Patron: talking to another patron I couldn't draw because of the angle, or a fat person in the way. 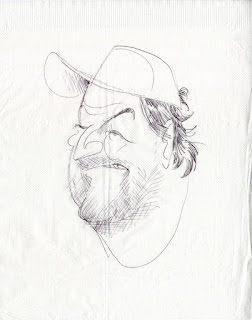 Patron: talking to an equally imposing man with his back to me. 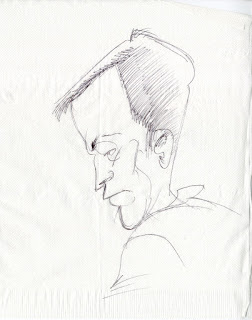 Patron: writing what I assume was a screenplay or novel on his laptop. 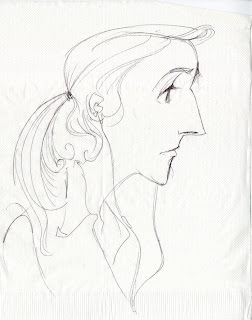 Patron:  Doing some sort of research or accounting or homework on a laptop. 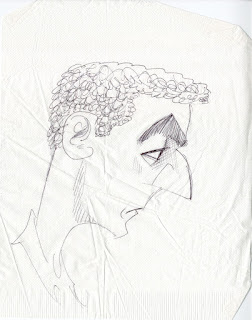 Patron: working on his laptop, but not working too hard, because he had no stacks of paper. 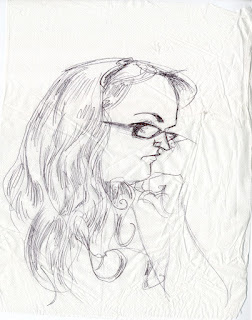 Patron: One of a group of three, chatting merrily. 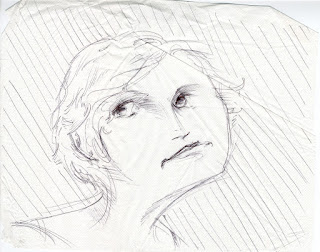 Patron: Another of a group of three, chatting merrily. 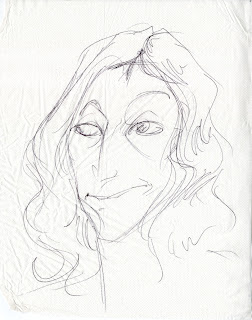 Patron: having shopped, was relaxing with an expensive, Italian-named coffee drink. 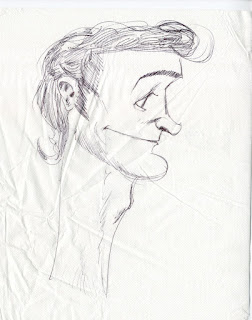 Patron: doing something not too serious on his laptop. 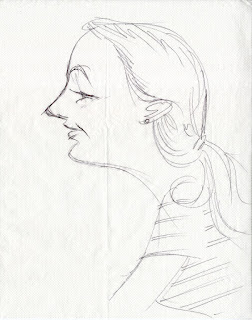 Patron: talking to her. 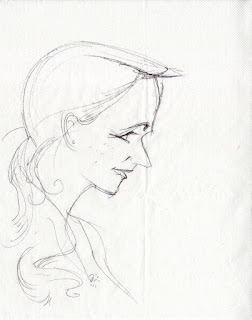 Patron: talking to HER. 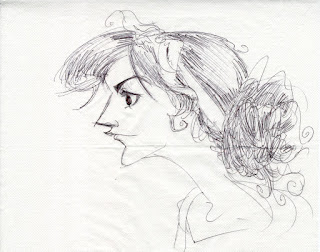 Patron:  barista, code name Alec, in disguise as a civilian. 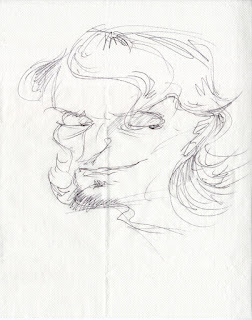 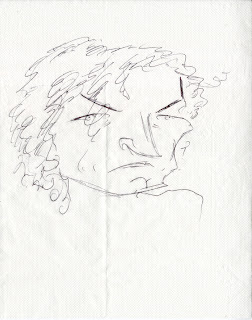 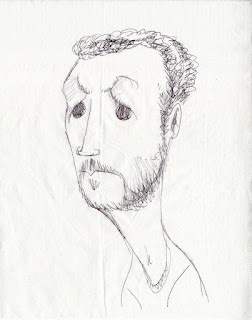 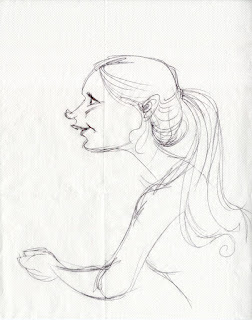 Patron: chatting with friend, or being chatted to by friend. 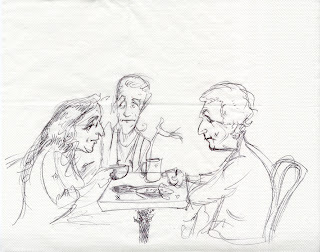 Patrons: discussing "Beasts of the Southern Wild" which they had just seen. 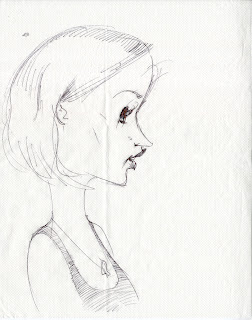 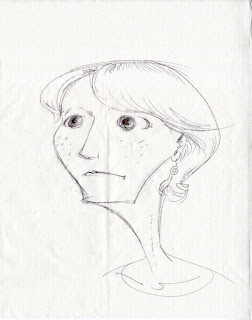 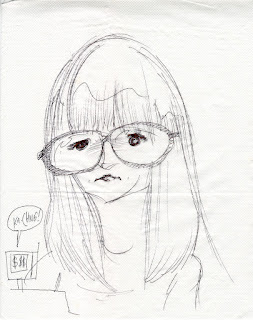 The vast majority of these were motivated out of the sheer boredom of sitting in a coffee shop with a ballpoint pen and nothing better to do or anywhere better to go.